We build rewarding partnerships between arts institutions, sponsors and artists to identify shared values and opportunities.

We use film and film materials as the lens through which to examine the development of artistic and cultural norms and socio-political policy and design.

Our mission is to spotlight the legacy of Russian film, the remarkable stories behind their creation and the invisibility of those narratives outside of Russia.

We see these challenges as not only the barrier of language. They are a lightning rod for a host of differing cultural, political and normative pressures shaping the traditions of filmmaking and art production in both Eastern and Western Europe.

2020 sees us continuing to build our restoration programming, with fundraising completed for both ARABESQUES ON THE PIROSMANI THEME and classic animated short JIRTDAN,as part of an ongoing and growing commitment to raising funds for and supporting the restoration and (re) distribution of classic films from Russia, Eastern Europe and the Caucasus.

We have also launched a new film streaming service, KLASSIKI, which programs weekly classics of Russian film, while cinemas are dark. In May, we launchedRED FRONT: 75 YEARS OF RUSSIAN WAR CINEMA, to mark 75 years since victory on the Eastern front. These film screening programs complement the four other major programs so farMELODIA! DISCOVERING MUSICALS FROM RUSSIA AND THE CAUCASUS, YOUTH ON THE MARCH,  A WORLD TO WIN, and EISENSTEIN PROGRAM. The latter concluded with a gala screening of  Eisenstein’s October at the Barbican with the London Symphony Orchestra on October 26th, 2017.

Kino Klassika was launched in 2015 by founder and actress Justine Waddell to spotlight the Russian film culture she saw to a wider audience. Justine had spent several years living in Moscow while starring in Russian language feature film Target (2011) and had taught herself Russian by watching classic Russian films. This immersion in Russian film culture prompted an enduring commitment to championing the legacy of classic Russian cinema in the English speaking world.

None of this is possible without the generosity of our donors and audience members. It is your curiosity and passion which ensures the success of each screening and event. It is your support which ensure that the Kino Klassika mission becomes accessible to a bigger and bigger audience.

2We champion curatorial and research excellence to build bridges of understanding.

4We are an open forum and we aim to be transparent in our biases – offering up a self-reflective space where practitioners can come together to examine, watch, dispute and discuss films and the normative practices around them to encourage greater understanding between East and West.

5Unswerving editorial independence – we select contributors and projects purely on their artistic and intellectual value. We flag any sponsorship or promotions in all our programmes.

6We support engagement with film from all the territories that make up a part of the former Soviet Union, using the term Russian language as opposed to Soviet to include pre-Revolutionary films and filmmaking.

7Commissioning artists to respond to, challenge and create new work based on the Russian tradition of film enriches all film traditions because education empowers creation.

Organisational Structure of the Foundation

Kino Klassika Foundation is an UK registered charity. Our charity number is 1150791. Kino Klassika’s trustees, Professor Ian Christie, Daniel Jowell QC, Roger Munnings CBE and Justine Waddell are ultimately responsible for the governance of the organisation, which is both a registered charity and a company limited by guarantee. 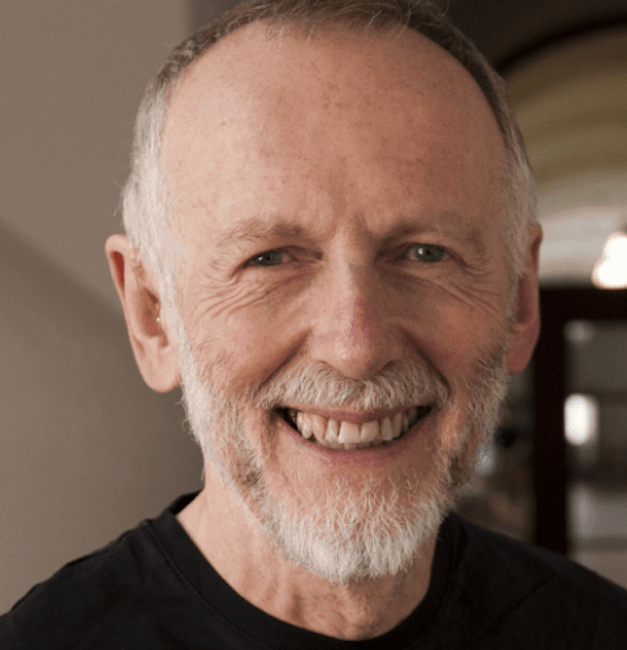 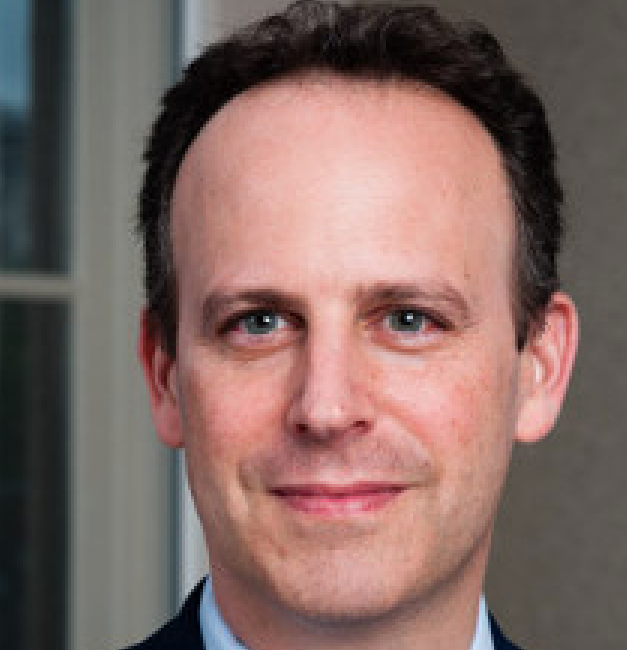 Daniel Jowell is a leading Queen’s Counsel with particular experience in multi-jurisdictional commercial disputes and competition law. Daniel’s interest to support Kino Klassika stems from his great interest in cinema and Russian culture 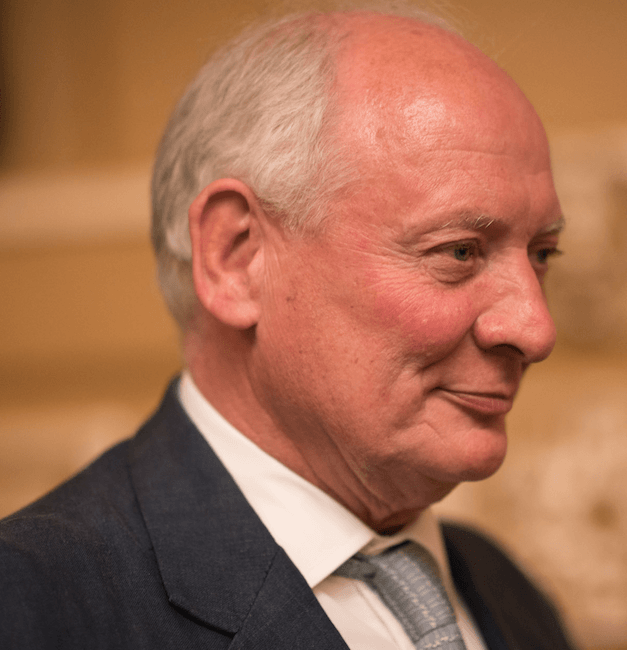 Roger Munnings is currently chair of the Russo-British Chamber of Commerce. He is also a member of the boards of PJSC Lukoil and JSC Sistema. Roger was Chairman of KPMG Moscow from 2004 – 2008. 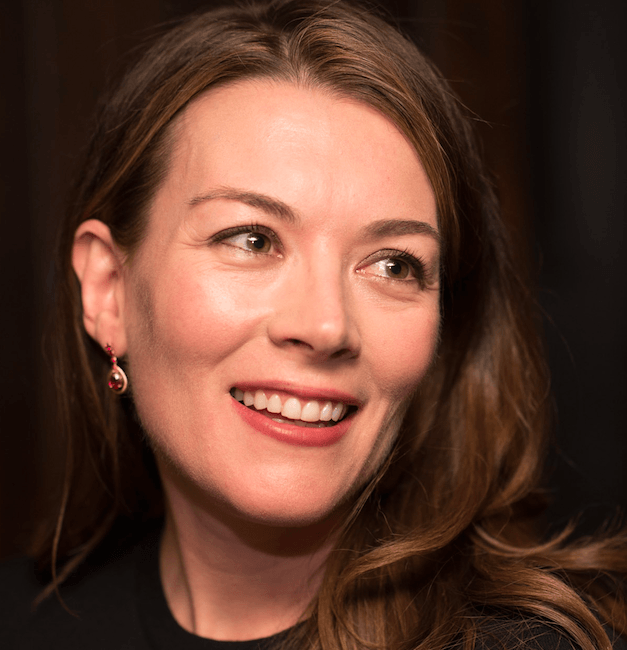 Justine Waddell is the founder of Kino Klassika.  An acclaimed film and stage actress, Justine played the lead in Vladimir Sorokin and Alexander Zeldovich’s sci-fi version of Anna Karenina, Target (2011), for which she learnt the Russian language from scratch. 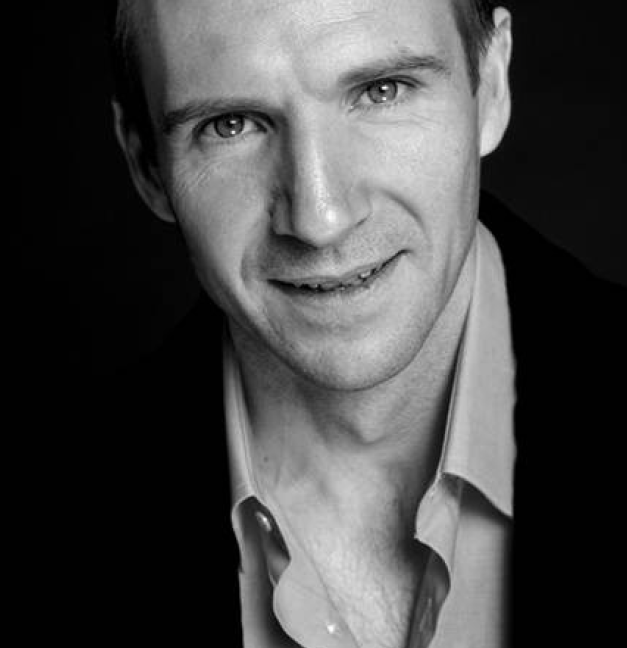 Ralph Fiennes is an Academy Award nominated actor and film director with a deep interest in Russian theatre and film playing the title role in the film version of Eugene Onegin and the Russian language version of Turgenev’s Two Women.

Alexia is a final year undergraduate at the University of Birmingham where she studies History and Russian. Having lived in Saint Petersburg for a year she is keen to maintain both a linguistic and cultural connection with Russia and Eurasia through film. At Kino Klassika Alexia is involved with marketing and social media for our projects. Email: [email protected]

Dina is a native of Ukraine and a fluent Russian and English speaker. She is a passionate musician and pays a lot of attention to composition.  “I love seeing the development of Ukrainian cinema. I believe that films can affect people in different ways so it’s important to have good Ukrainian films. I’m happy to be a part of KKF because it gives me an opportunity to get into this sphere.” Email: dina@kinoklassikafoundation.org

Sandra is currently a third-year student of BA Russian and History at School of Slavonic and Eastern European Studies, UCL. A life-long fan of film, language, and history, she enjoys learning new things about all three fields through the work she does at Kino Klassika, most of which involves translating and proof-reading subtitles, as well as writing for the journal.  sandra@kinoklassikafoundation.org

Kino Klassika projects are executed through a network of collaborative partnerships we build between international partners.

Kino Klassika builds partnerships with experts in different fields to create platforms and programs that use classic Russian film material as the lens through which to examine praxis in film, art, culture and socio-political design. Each programme rotates out of an initial idea or opportunity that we generate or an expert or institution brings to us. From that, we develop content, research and artistic commissions while listening to both curators and audiences to build programs with international reach.

Curatorially, our strategy is always to work with leading experts in each programme field. We find accessible points of entry into a particular theme or area of study. We utilise the strong network of academic and archival excellence we are able to access in Europe, Russia and the former CIS.

We build our audience primarily through the events we host but also through targeted social media campaigns and partnerships. Our English speaking audience member usually holds an education in the humanities and has an occupation or hobbies which relate to film, culture, art or storytelling. Our Russian speaking audience member usually lives outside of Russia and is interested to sustain an interest in Russian history, cultural values and identity.

How do we work

Kino Klassika programmes emerge from strategies that help us identify an area of research we want to draw attention to, the kind of programme we want to accomplish and how we can have the greatest impact.

We negotiate between the different agendas of advisors, participants and audiences to create programmes that deliver new, relevant research with clear and accessible narratives to stimulate the curiosity of new and returning audiences.

There are three key phases to defining our major goals and identifying a clear path to achieving them:

We may start with what seems a promising theme or an expert or curator may approach us with an idea.

As we assess that in terms of its historical interest, current relevance to audiences, curatorial and programming opportunities, we make decisions about whether that idea is an event (this could be an educational talk, a screening, a film commission), a project (an entire exhibition, a symposium, a series of screenings) or a programme (usually this means Kino Klassika will devote two or three years of academic research, development and programme planning to an ambitious range of events).

Simultaneously we research and engage with potential partners: content, legal, curatorial and hosting while making initial assessments about project risk, delivery and funding.

We reach terms of agreement with key partners and draft budgets. Then we start to fundraise for each project through our network of funding bodies, grant makers, corporate and individual donors.

Simultaneously, we work with curators to provide expertise in everything from exhibition content and signage to catalogue preparation, screening notes and event planning.

We tend to work with curators who already have significant experience in a proposed area (for example Prof Ian Christie, curating the Unexpected Eisenstein exhibition). This offsets risks around programme delivery.

We also strive to find accessible and contemporary points of entry to any event or programme. For example, we asked Gabriel Prokofiev, noted contemporary composer and grandson of the composer, Sergei Prokofiev, to introduce a 35mm screening of Sergei Eisenstein’s Alexander Nevsky, which boasts Sergei Prokofiev’s first ground-breaking film score.

As each program opens to the public we invite our audience to let us know their feedback: what works and doesn’t work, what they like and don’t like, what inspires and what defeats. This can be email, chat, social media feedback. Or it can simply be a rapt audience member at a packed out screening.

As importantly we host post event feedback meetings with our partners – to see what learnings we should take forward in building future collaborations. This is where we really see how successful we have been in juggling the difficulty of curatorial expertise, audience expectation and partner satisfaction (the latter judged by audience figures, press coverage and visibility of the proposed events).

We have already met with inspirational benefactors, including anonymous individual patrons, Fabergé fine jewellery, Moet Hennessy and Lombard Odier, all of whom are generously committed to spotlighting the legacy of Russian language film.

Evaluation of Projects and KKF’s Expertise

We evaluate the success of each project against our values and ambitions. We recognise our responsibility to our partners to fulfil any terms agreed in headline partnership agreements.

We are sensitive to conflicts of interest and world view and we consult with independent experts to evaluate and mitigate risks around this.

We strive to work with people who excel in their particular fields – be they artists, filmmakers, domain experts, philosophers, scholars and cultural organisations . By supporting their ambitions and expertise, we can improve our own.

We work in partnership with leading experts and world class institutions to create engaging programming, generate research and fund innovative projects. Our goal is to achieve powerful engagement with classic Russian film.

We have developed a distinctive personal network spanning business, the arts and cultural worlds. This allows us to enable meaningful connections at the highest levels to support what we do. We work with leading brands to identify shared values and opportunities. Our goal is to support the expertise of arts organisations, content owners and leading curators and experts.

If you are interested in finding out more about our partnerships, please contact us at [email protected]

For specific enquires, please see team members above, and direct to the relevant member.

Our postal address is: