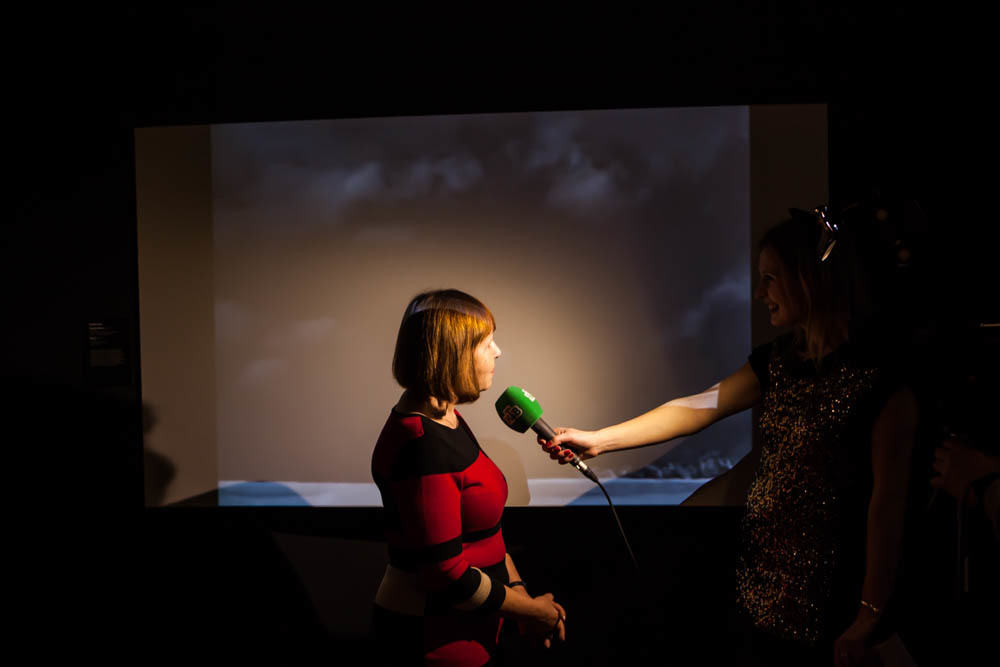 We arranged an introductory trip to Moscow with curator of the exhibition, Ian Christie and co-curator, Elena Sudakova of GRAD, so that they could meet the director Nikolai Rodionov of the Bakhrushin Museum and Tatiana Goryaeva, Director of RGALI, to make a selection of drawings. This was followed by contractual negotations between GRAD, which is the smallest venue in the UK to hold immunity from seizure status, and the Russian institutions and conversely contractual negotiations between Kino Klassika, GRAD and our sponsor to ensure the funding, safe delivery, exhibition and return of the art works.

Stunning… enchanting… This intimate look at the director’s hand-produced work shows it was impossible to dampen his enduring spirit.

The exhibition, ‘Unexpected Eisenstein’ brought 70 never before seen Eisenstein drawings to London. Installation of works was supervised by Julia Litvinova of the Bakhrushin Museum, and Natalia Strizhkova and Larisa Ivanova of RGALI alongside the installation team alongside the installation team at GRAD led by Calum Storey. All attended the exhibition opening alongside RGALI Director, Tatiana Goryaeva. With superb press coverage from both leading UK and Russian press outlets, including a two page spread in the Guardian, Metro, Time Out, BBC Front Row, BBC Middle of the Week, Russia’s Channel One and National New Channels, the exhibition gave audiences a chance to consider Eisenstein through the rarely considered lens of his relationship with England and English culture. International audiences could also read about the exhibition through the catalogue essay Kino Klassika has produced for free download.