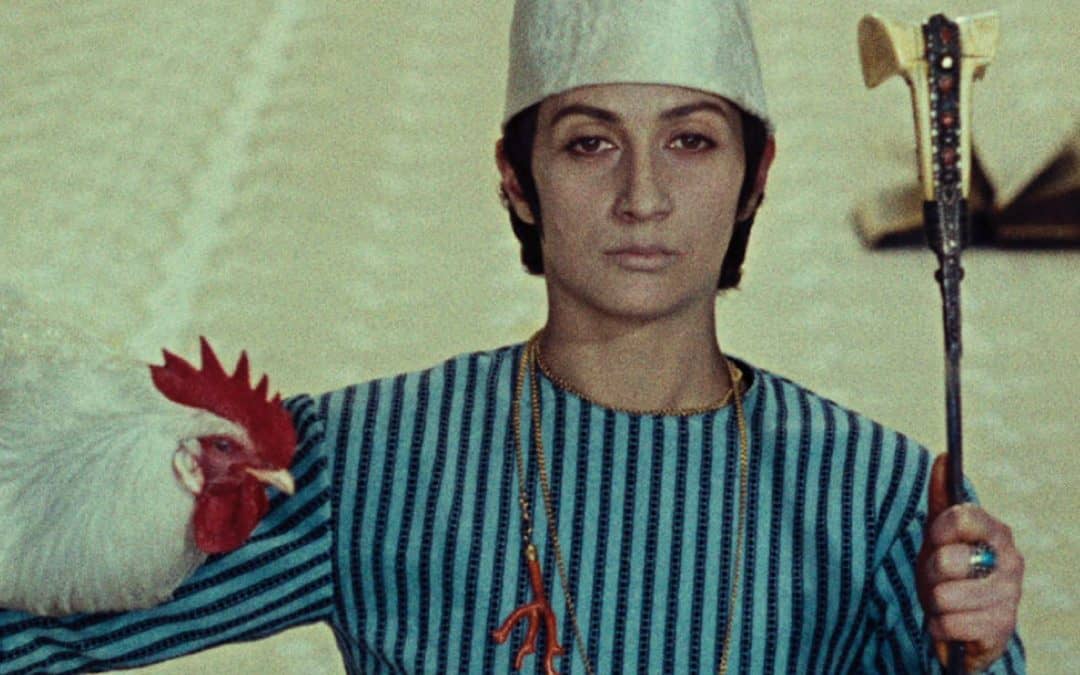 Born on the 9th of January 1924, this true poet of cinema continues to astound with his revolutionary visual language. A stylized and dreamlike portrayal of the life and poetry of Armenian troubadour Sayat Nova, Parajanov’s masterpiece is imbued with rich iconography and unforgettable music. Sofiko Chiaureli gives a stellar performance in both the male and female roles of the film, playing not only Princess Anna but Sayat Nova himself. This is a biographical portrait which replaces a narrative framework with enchanting and mysterious imagery, and remains a deeply spiritual testament to Parajanov’s fascination with creativity, sexuality and Armenian culture. An enduring gem of world cinema – not to be missed!

Please note the screening link will be available from 12 noon Tues 5 January to 12 noon Tues 12 January 2020.