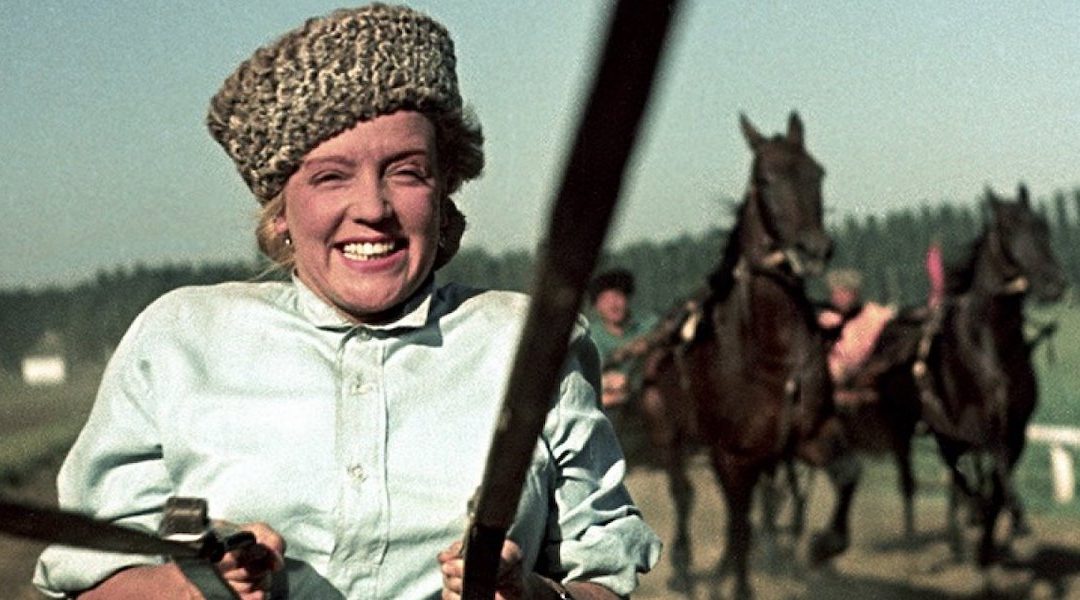 Monday, Oct 14th, 2019In Single Event → Screenings: Cossacks of the Kuban PAST

A Romeo and Juliet style love rivalry animates the heart of this extraordinary musical from Ian Pyryev, (a director whose other credits include two Dostoevsky adaptations, The Brothers Karamazov and The Idiot and who is often referred to as the High Priest of Stalinist cinema). Heavy on propaganda-styled dialogue to glorify the abundance of the Soviet way of life and a starring role for Pyryev’s wife, Marina Ladynina, the film nevertheless boasts breath taking musical numbers from Isaac Dunayevsky, who also penned music for Alexandrov’s great musicals, Circus and Jolly Fellows.

Ivan Pyryev (1901- 1968) was a Soviet filmmaker born in the Tomsk Governance, today known as Altai Krai. During the Stalin years, he and Grigori Alexandrov were the most successful directors of musical comedies. He later earned the title, ‘The High Priest of Stalinist Cinema’ for the deference he expressed during his career. Pyryev fell out of favour during the Khrushchev years, after his films were specifically singled out as examples of the personality cult resided over by Stalin. After this denunciation, Pyryev never directed another musical again. Instead he turned his attention to adaptations, famously he adapted Fyodor Dostoevsky’s ‘The Idiot’ and ‘The Brother’s Karamazov’ for the screen.