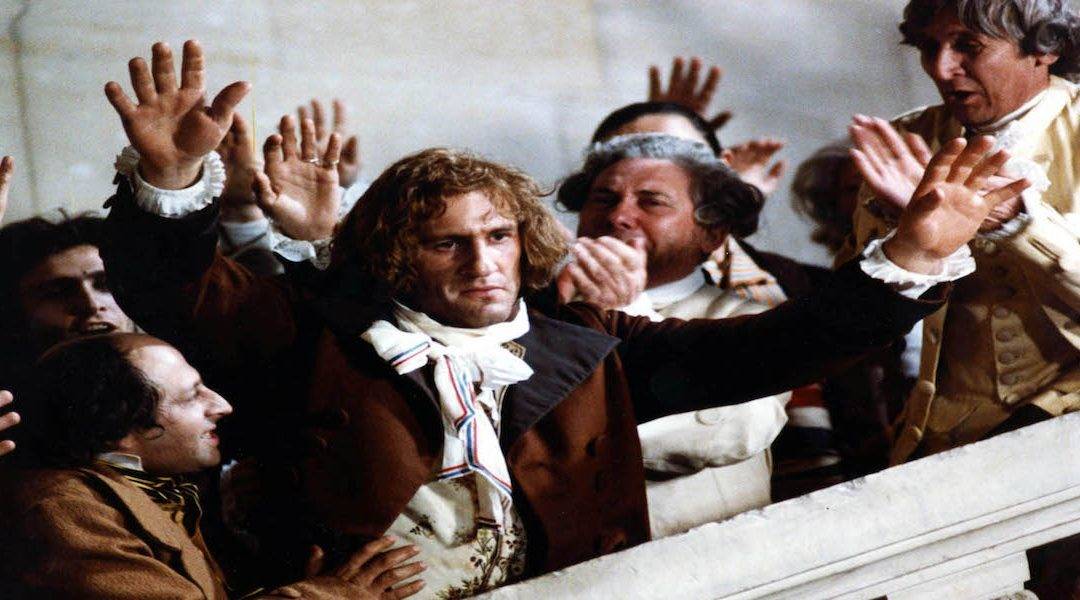 Wednesday, Apr 5th, 2017In Single Event → Screenings: From 7pm on Wednesday 5 April at Regent Street CinemaPart of Program → A World to Win: A Century of Revolution on ScreenPAST | PROGRAM

Set in the second year of the French Revolution, the film recounts how opportunist, bon vivant and man of the people, Danton, becomes the focus of Robespierre’s increasing paranoia for his outspoken criticism of the Terror. The film is an examination of a fatal clash of philosophy, character and methods. Starring Gérard Depardieu as Danton and Polish actor Wojciech Pszoniak as Robespierre, it is gorgeously lensed by cinematographer Igor Luther. The screenplay is co-written by Jean-Calude Carrière and Agniezska Holland.

Carrying potent political resonances with Polish “solidarity” – a movement repressed by the Polish government at the time of production – the film was intended to be shot in Poland, but with the imposition of martial law in 1981, this became impossible and the film was shot in France.

“…the finest philosophical film this side of A Man of All Seasons, Danton is Wajda’s masterwork, second only to Ashes and Diamonds.”

Kino Klassika is proud to present this screening with an introduction by Academy Award winning screenwriter Christopher Hampton.