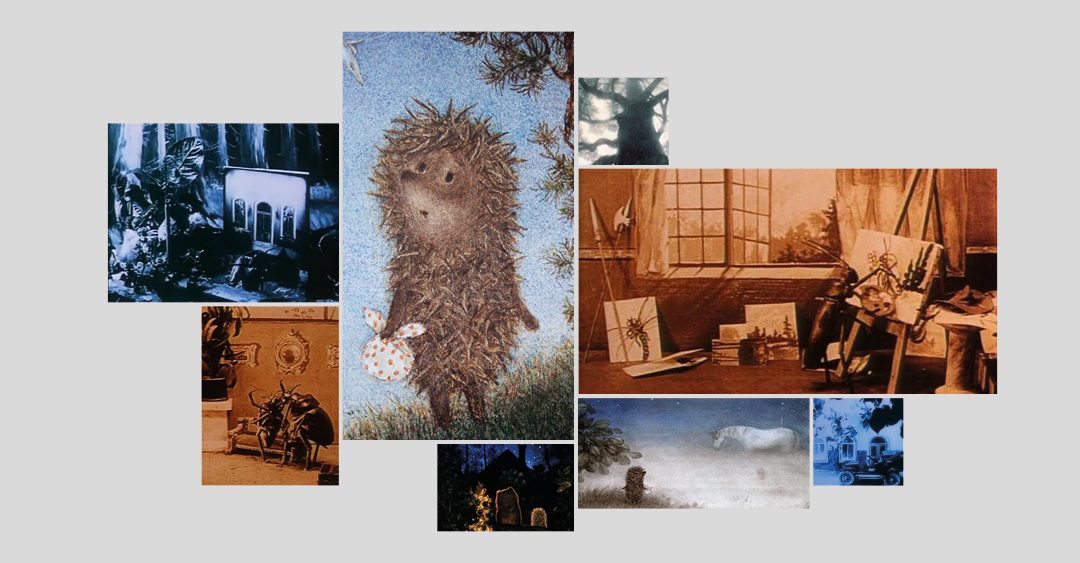 This 13 minute stop motion animation, directed by Ladislas Starevich, was produced in Tsarist Lithuania and used posthumously animated dead insects as its main characters. Incredibly, it remains an iconic and powerful animation over a century later. The obscure details of production aside, Starevich’s surreal film skilfully expresses complex emotions of lust, jealousy, dishonesty and vengeance. The tale predominantly focuses on a married couple, Mr & Mrs Beetle, who could be any unhappily married couple.  As a vengeful Cameraman pursues Mr Beetle, Starevich’s insect world offers up beautiful and provocative insights.

Directed by master animator, Yuri Norstein, Hedgehog is one of the world’s most beloved animated classics. The film follows the journey of a hedgehog as he sets off to look at the stars with his friend, a bear cub. Distracted by a vision of a beautiful white horse, the film sinks into the sensory disorientation of the fog as the hedgehog loses his way and animals loom out of the fog to awe and terrify him.  Sometimes serene and mystical, sometimes dark and frightening, Norstein’s animation seems to function as a metaphor for the joys and terrors of the subconscious mind. 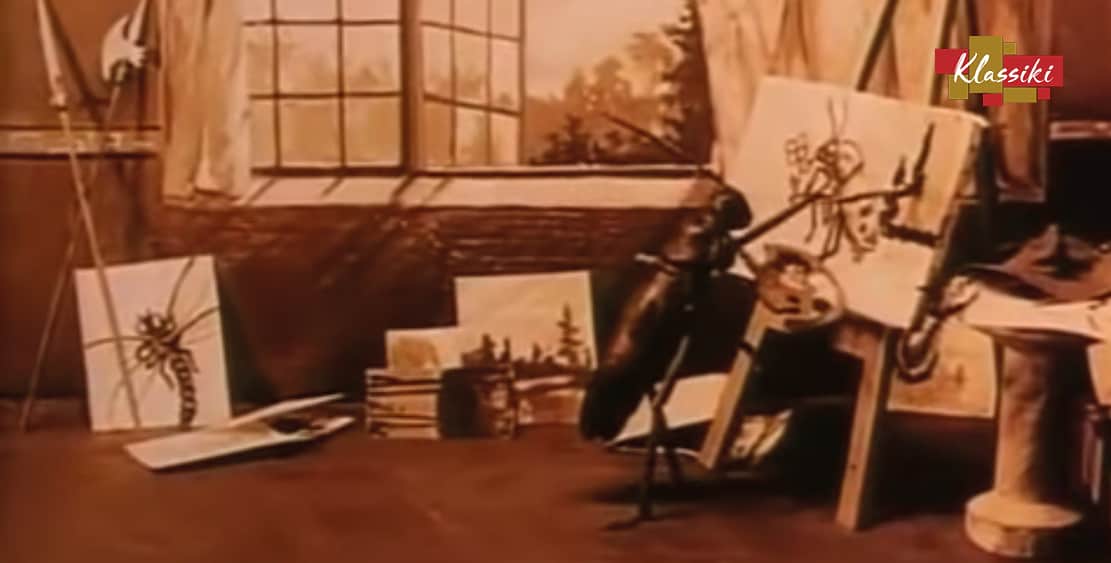 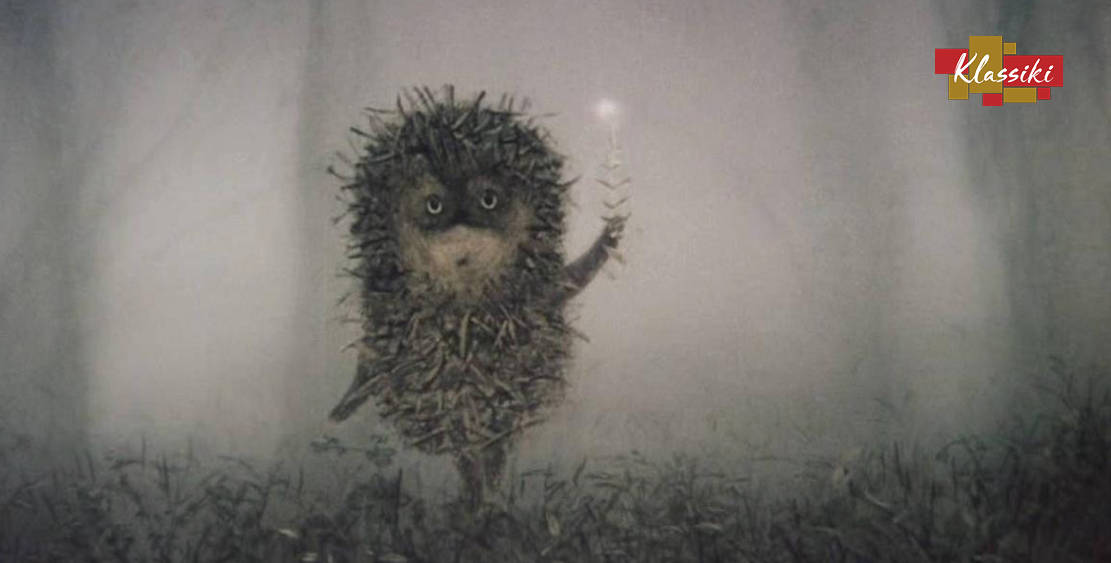 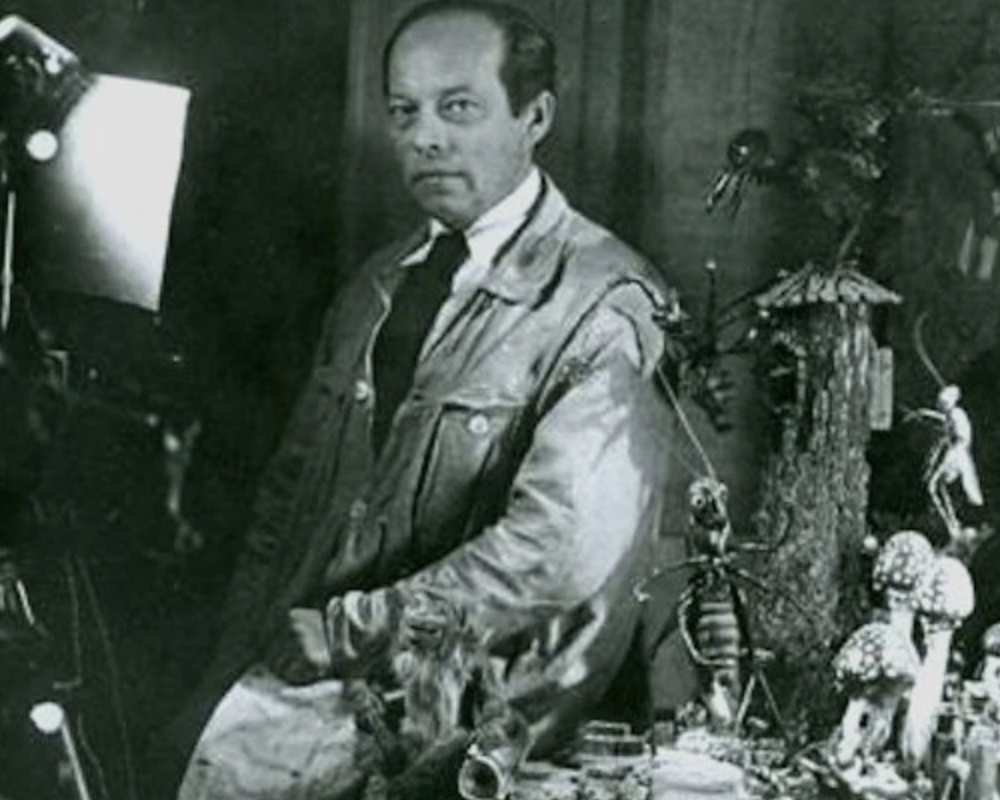 Ladislas Starevich (1882-1965), was the innovator of puppet stop-motion. He was born in Moscow to ethnically Polish parents. The instability of political circumstance led him to live in various cities across the Russian empire before eventually resettling in Moscow for a brief period before the Revolution forced him to flee to Paris. When living in Kaunas, Lithuania,  he became director of the Natural History Museum. During this time he struck on the idea of using dead animals as puppets. Having found his medium, he began to animate masterpieces such as ‘A Cameraman’s Revenge’ (1912), ‘The Night Before Christmas’ and ‘The Tale of the Fox’ (1933). Modern day directors still cite Starevich as an inspiration. With scientific precision he created whimsical and utterly unique worlds. As a director, he was a pioneer, ahead of his time and perhaps ours as well. 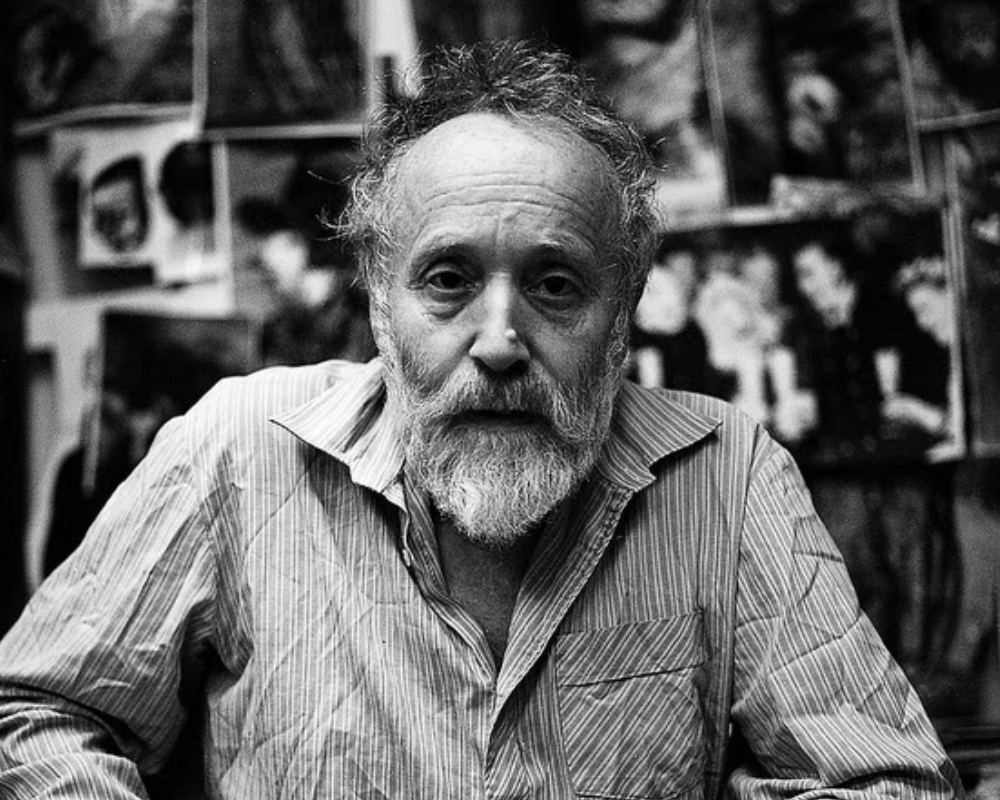 Yuri Norstein is a Russian animator. He was born in 1941 in Penza Oblast and raised in Moscow. He is best known for his animation shorts. The most loved and famous of these is Hedgehog in the Fog, which is considered a classic in Russia and a favourite of adults and children around the world. Critics have lauded another of his films, Tale of Tales (1978) as one of the greatest animations ever made. Known to be a perfectionist, who is entirely uncompromising on quality, he has earned the title, ‘The Golden Snail’. Norstein has been working on an adaptation of Nikolai Gogol’s Overcoat since 1981. With a distinctive style which departs from the typical lines and colours of animation, his films are masterful and full of depth. Norstein uses imagery and the unique abilities of animations to delve into the subconscious and cultural memory.