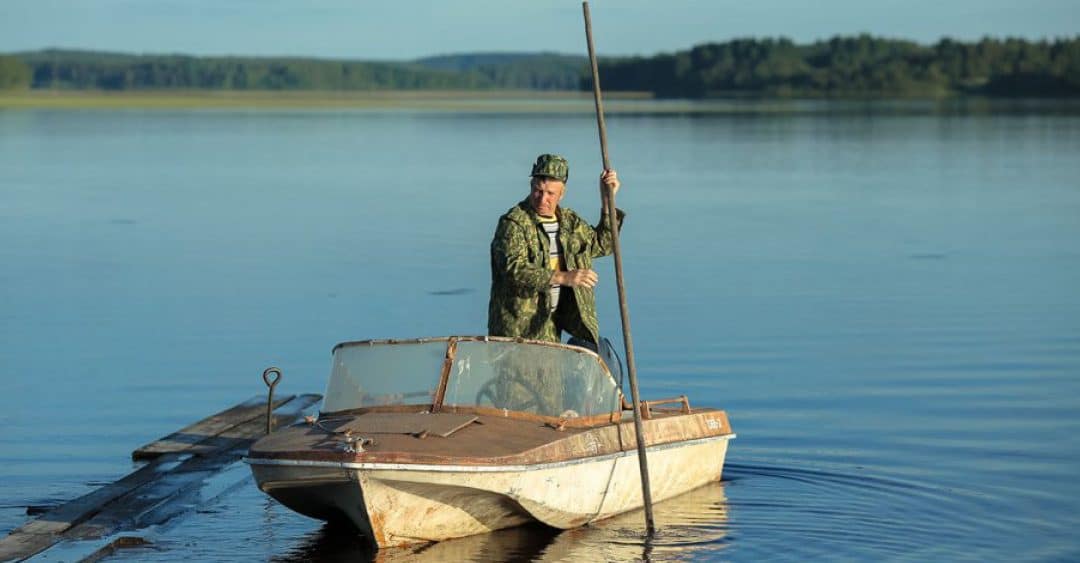 Set in a remote village and starring amateur actors, The Postman’s White Nights blends exquisite filmmaking with improvisational freedom, resulting in a depiction of rarely-seen Russian life that is as honest as it is beautiful. Centered around the titular Postman and his role as the only tenuous link between the isolated village and the outside world, Postman’s White Nights feels Proustian in its ability to capture the nuances and experience of time. A director with a dazzling and varied filmography, Konchalovsky turns his hand with this recent film to compassionate realism, and paints a portrayal of life as uniquely situated in both the past and present.

Please note the screening link will be available from 12 noon Tues 27 October to 12 noon Tues 3 November 2020.

(Born August 20, 1937) Andrei Konchalovsky is a prolific and highly acclaimed filmmaker, theatre director and screenwriter in both Russia and internationally. He has been awarded membership of the Legion of Honour, a Cavalier of the Order of Merit of the Italian Republic and has won the Silver Lion at Venice multiple times. His works include feature films, television and stage productions in both Russia and the United States. He was a frequent collaborator of Andrei Tarkovsky, famously penning Andrei Rublev with him, and his most famous Russian directorial credits include Uncle Vanya (1970), Siberiade (1979), Assia and the hen with Golden Eggs (1994) and more recently, Paradise (2016), the Venice film festival winner.