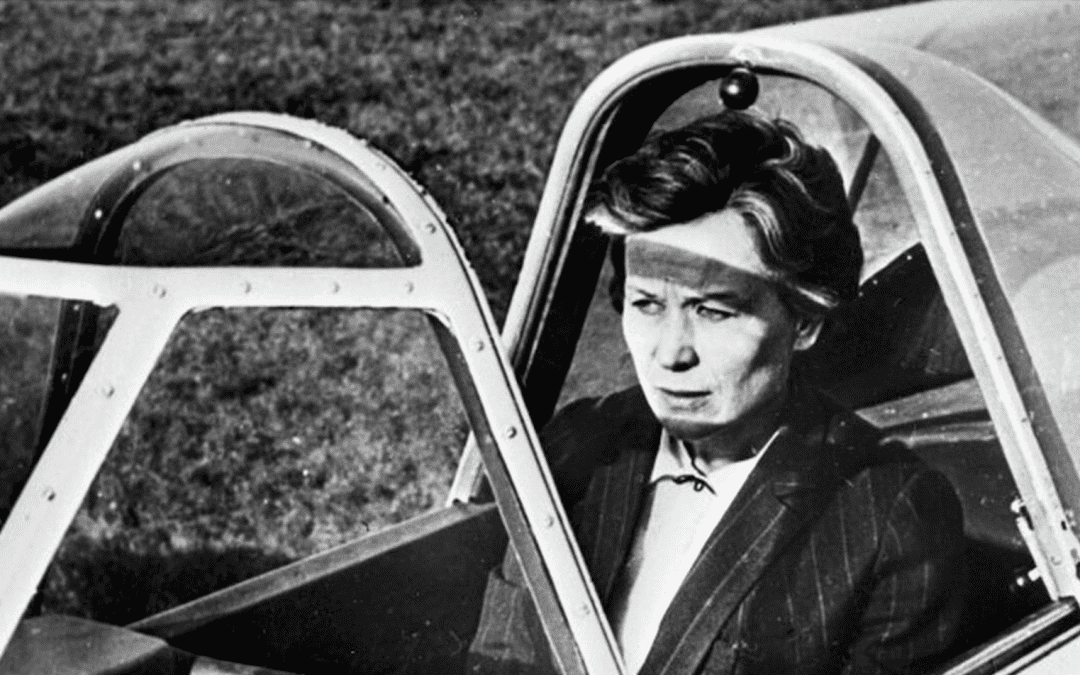 Introduced by Guardian film critic Peter Bradshaw, and Dr. Rachel Morley of the School of Slavonic and East European Studies at University College London, all proceeds from donations and ticket sales will be given to ‘‘With Ukraine’, a special fund to provide humanitarian assistance to Ukraine’s civilian population established by the UK Embassy of Ukraine.

Read our statement in solidarity with Ukraine here.

During the Second World War, Nadezhda flew daring combat missions as a pilot. Now, she struggles to adapt to post-war life: dissatisfied as a headteacher, hapless in romance, drifting apart from her daughter, and haunted by a lost love. Can she make peace with a world that is shifting beneath her feet? Larisa Shepitko’s deft exploration of generational conflict and the burdens of the past established her as the Soviet Union’s most celebrated female director.

This screening of Larisa Sheptiko‘s Wings was originally part of a ‘Soviet Sixties’ season, alongside five other Russian- and Armenian-language films. In light of Russia’s invasion of Ukraine, this season has been cancelled.

However, we are hosting the screening of Wings to raise money for With Ukraine.

As importantly, we are championing the work of Larisa Shepitko. Because she was Ukrainian, her work is an important part of the cultural heritage of the country now under assault. Born in the north-east of the Donetsk province, her first years were lived under war, and her birthplace is now at the epicentre of Ukraine’s fight for sovereignty. Shepitko studied in Moscow under the foremost poet of Ukrainian cinema, Oleksandr Dovzhenko. Wings, her first feature film after graduation, is set in the Crimean peninsula. Although her films, including Wings, and in common with most Soviet productions, were written and performed in Russian, her Ukrainian identity and her profound understanding of the true impact of war were at the heart of her creative practice.

As Shepitko once wrote: “To me, the war was one of the most powerful early impressions. I remember the feeling of life upset, the family separated. I remember hunger and how our mother and us, the three children, were evacuated. The impression of a global calamity certainly left an indelible mark in my child’s mind.” It is in this spirit that we show this film now.

How to Support With Ukraine

To support us in our work you can donate right here, safely and conveniently using PayPal.

Gift Aid means that, if you are a UK registered tax payer, for every pound you donate to Kino Klassika, the charity will receive an extra 25% from HM Revenue & Customs. Please download, complete and send the Gift Aid Declaration to us at: payment@kinoklassikafoundation.org and we’ll do the rest.